Low Poly - Dinosaur Sleeping On Moon Papercraft
The first dinosaur fossils were recognized in the early 19th century, with the name "dinosaur" (meaning "terrible lizard") being coined by Sir Richard Owen in 1841 to refer to these "great fossil lizards". Since then, mounted fossil dinosaur skeletons have been major attractions at museums worldwide, and dinosaurs have become an enduring part of popular culture. 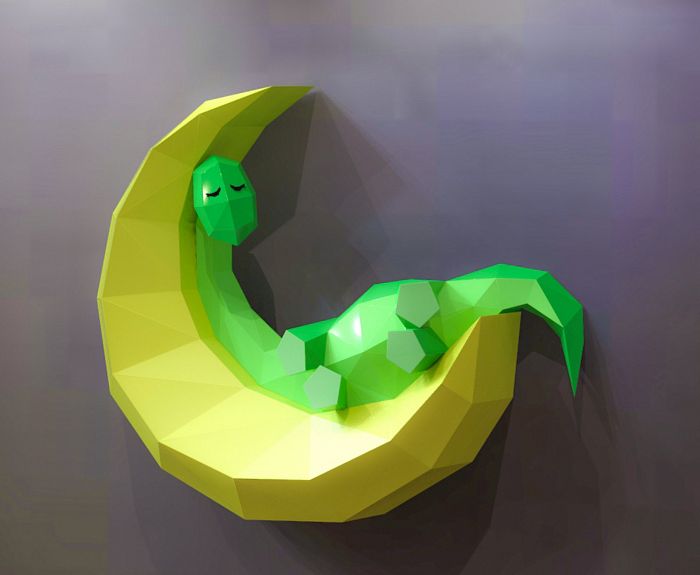