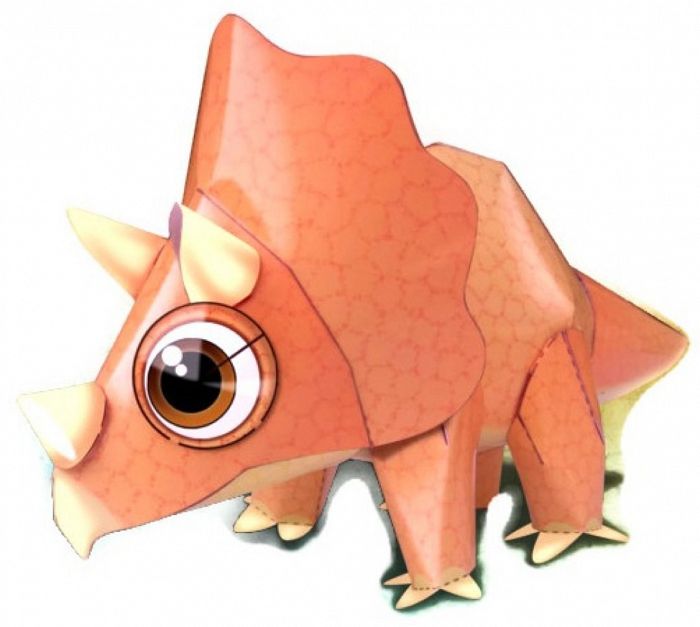 dinosaur horns Papercraft
The first named fossil specimen now attributed to Triceratops is a pair of brow horns attached to a skull roof, found by George Lyman Cannon near Denver, Colorado, in the spring of 1887.[2] This specimen was sent to Marsh, who believed that the formation from which it came dated from the Pliocene, and that the bones belonged to a particularly large and unusual bison, which he named Bison alticornis.[2][3] He realized that there were horned dinosaurs by the next year, which saw his publication of the genus Ceratops from fragmentary remains,[4] but he still believed B. alticornis to be a Pliocene mammal. It took a third and much more complete skull to change his mind.