Funny game characters made out of paper. This is a paper model of Brawl Stars Crow Skin Blue Mecha Crow.

Crow is a Legendary Brawler that has low health, a moderately high damage output, and great mobility with his Super and his very fast movement speed. He attacks by firing 3 long-ranged daggers that inflict poison on his enemies. Crow's Super makes him jump and land, throwing poisonous daggers around him upon take-off and landing. His first Gadget, Defense Booster, grants him a temporary damage-reducing shield. His second Gadget, Slowing Toxin, slows all poisoned enemies temporarily. His first Star Power, Extra Toxic, moderately decreases the damage output of a poisoned enemy. His second Star Power, Carrion Crow, makes enemies with less than half of their maximum health take more damage from Crow's daggers. 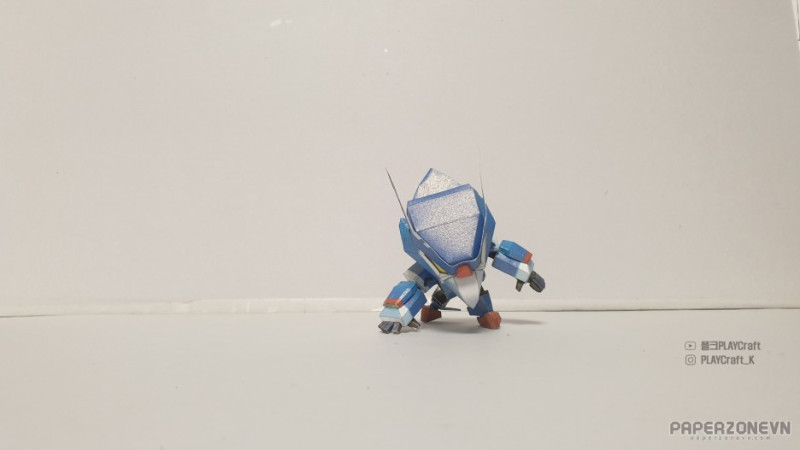