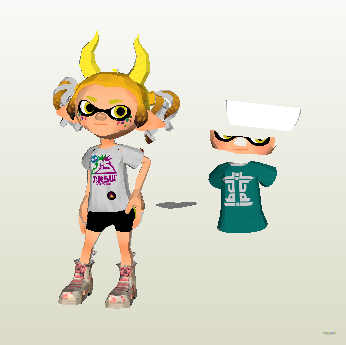 Inklings (インクリング ,lit. Inkuringu) are a fictional species of squid-like humanoids and also the customizable characters that players take control of within the games Splatoon and Splatoon 2. Inklings live in Inkopolis. As the main protagonists, they won't die, and instead easily respawn after being "splatted." When first starting the game, the player is given the option to choose between genders (boy and girl), eye colors, and skin colors. These can be changed later from the Options menu. They also have no bones. Some may think they have some sort of alternative, such as cartilage. Inklings are said to have some kind of gene that allows them to see certain colors in certain ways.