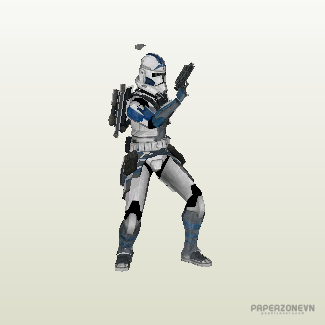 Formerly known as CT-5555, Fives was a Clone Trooper, and like the rest of his brothers, he was born on Kamino using the DNA of the deceased Mandalorian bounty hunter, Jango Fett. During basic training, he was a member of Domino Squad alongside Echo, Hevy, Cutup and Droidbait. They were a hard-luck group that had to put in a lot of extra effort to get through training but became some of the best the Republic had to offer.