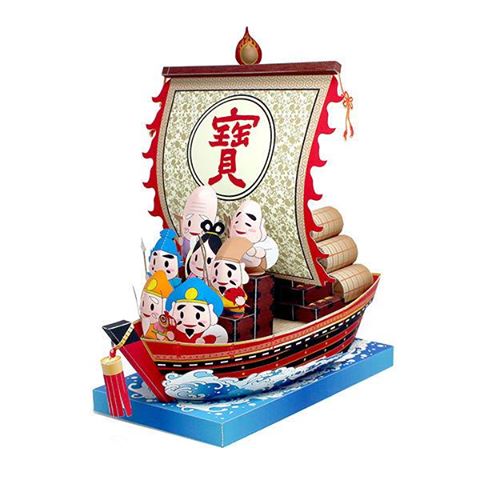 In Japanese mythology, the Seven Lucky Gods or Seven Gods of Fortune (七福神, shichifukujin in Japanese) are believed to grant good luck and are often represented in netsuke and in artworks. One of the seven (Jurōjin) is said to be based on a historical figure.

They all began as remote and impersonal gods, but gradually became much closer canonical figures for certain professions and Japanese arts. During the course of their history, the mutual influence between gods has created confusion about which of them was the patron of certain professions. The worship of this group of gods is also due to the importance of the number seven in Japan, supposedly a signifier of good luck.