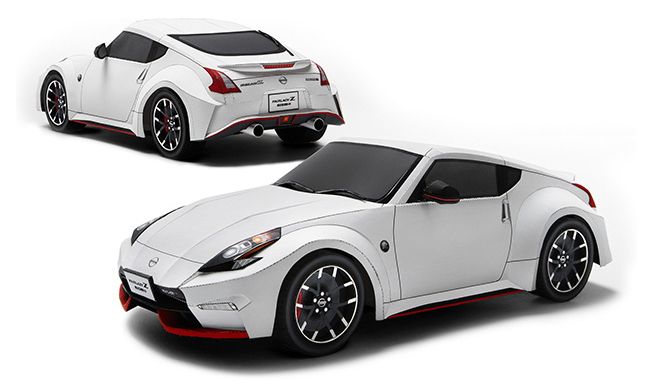 The Nissan 370Z (known as the Fairlady Z Z34 in Japan) is a 2-door, 2-seater sports car (S-segment in Europe) manufactured by Nissan Motor Company. It was announced on October 29, 2006, and was first shown at an event in Los Angeles ahead of the 2008 Greater LA Auto Show,[3] before being officially unveiled at the show itself. The 370Z is the sixth generation of the Nissan Z-car line, succeeding the 350Z. The 370Z marks the last production car with a naturally aspirated and high-rev V6 coupled to a manual transmission. The 2020 model year was the final model year for the 370Z. The line was continued by the Nissan Z (RZ34) on a modified version of the same platform.
Scale:1/18

Reactions: Alteran
You must log in or register to reply here.