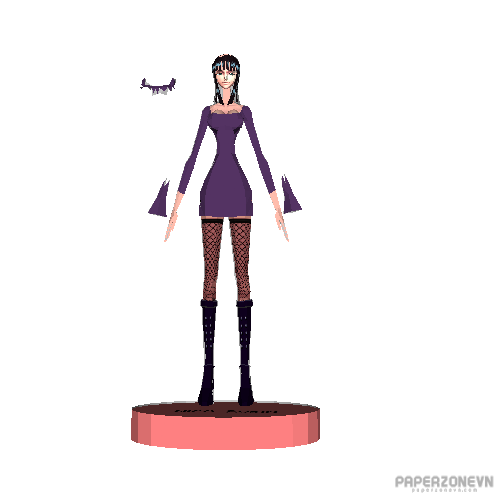 Nico Robin, also known by her epithet "Devil Child" and the "Light of the Revolution", is the archaeologist of the Straw Hat Pirates. She is the sole survivor of the destroyed island of Ohara, which was located in the West Blue. She is currently the only person in the world known to have the ability to read and decipher Poneglyphs, a skill which is considered forbidden and threatening to the World Government.

She was first introduced as the vice president of Baroque Works and secondary antagonist of the Alabasta Saga, known as Miss All Sunday, before joining the Straw Hats. She is the seventh member of the crew, the sixth to join, and like Nami and Chopper, is the third to rejoin, doing so near the end of the Enies Lobby Arc.

She ate the Hana Hana no Mi at a young age.

During the Post-War Arc, she became involved with the Revolutionaries for two years. Her dream is to find the Rio Poneglyph which tells the true history. She currently holds a bounty of 130,000,000 Belly.

tong teo quá
Reactions: thienlong095
You must log in or register to reply here.