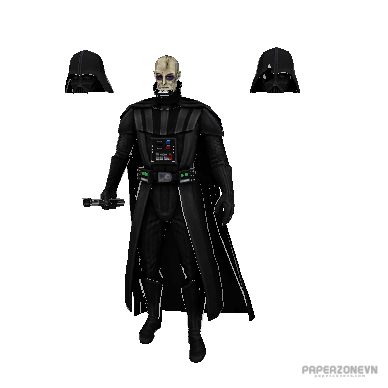 Anakin's talent is growing and growing. He defeated Count Dooku, the leader of the army of Lord Darth Sidious, and Darth Sidious saw his talent. After killing Dooku, he was admitted to the Jedi council but was not made a teacher. Anakin meets Padme again and learns that she is pregnant. He is extremely happy. But since then Anakin has often had terrible dreams: he saw Padme die after giving birth. He believed it was a harbinger of what was to come for Padme, the wife he loved so dearly. Anakin suffers, worries and fears. He wanted more power to save Padme. While frustrated and heartbroken by what was to come, Anakin was seduced by Palpatine that if he followed him, he would have more power and be able to save the person he loved. Wanting to save his wife, he obeyed Palpatine, and the Sith against the Jedi knights. In just one night he dragged his army into the Jedi cathedral and slaughtered all the Jedi knights there. Followed by separatist leaders in Mustafar. Anakin stayed there, and Padme and Obi-Wan went to Mustafar to find Anakin. In a fit of rage, he strangled Padme, causing her to faint. Soon after, Anakin attacked his teacher, whom he considered his father, and he was defeated by Obi-Wan. Anakin was saved by Palpatine, and when he woke up and learned that Padme was dead, Anakin cried out in pain. From now on he has officially become a pupil of Sith Lord Palpatine, his name is now Darth Vader.