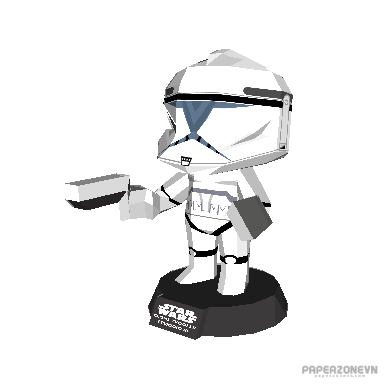 Clone troopers, also known as Republic troopers, Republic troops, Republic soldiers, Regs and nicknamed the "Boys in White", are highly trained soldiers of the Great Army. Republican team. Representing the future of galactic warfare, the clones are designed to be far superior to combat droids. During the final years of the Galactic Republic, clones formed the backbone of the Army of the Republic waging war against the droid armies of the Alliance of Independent Systems. The Clone Wars are named after the Republic's clone army, which has become a symbol of the conflict sweeping the galaxy after a millennium of peace. 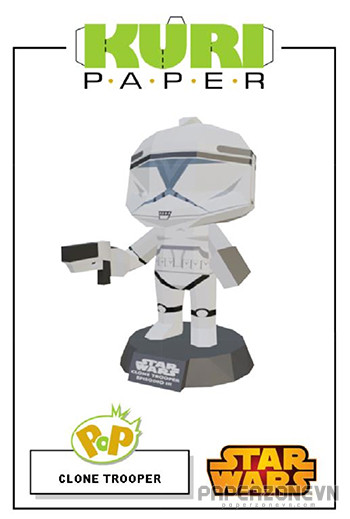 The clone army was raised on the planet Kamino at the behest of Jedi Master SifoDyas, who tasked the Kaminos with building armies for the Republic, although some clones were secretly grown on Coruscant and Become a shock soldier of the Coruscant Guard. After Sifo Dyas' death, the project was taken over by Sith. The clones were modeled after the Mandalorian bounty hunter Jango Fett, although their genetic makeup was altered to make them less independent and docile than their ancestors. They are also engineered to age twice as fast as natural humans, boosting their growth and making them combat-ready within a decade. As the Separatist crisis gave way to opening war, the Galactic Senate authorized Supreme Chancellor Sheev Palpatine to call the clone armies into action, leading to their debut on the Geonosis battlefield. For three years, the clones fought the Separatist droids on all fronts in the galaxy. They are loyal to the Jedi Generals and their Supreme Prime Minister; Although some clones questioned their service, leading to isolated cases of desertion and betrayal, most proudly served the Republic as it was the only life they had ever lived. know.