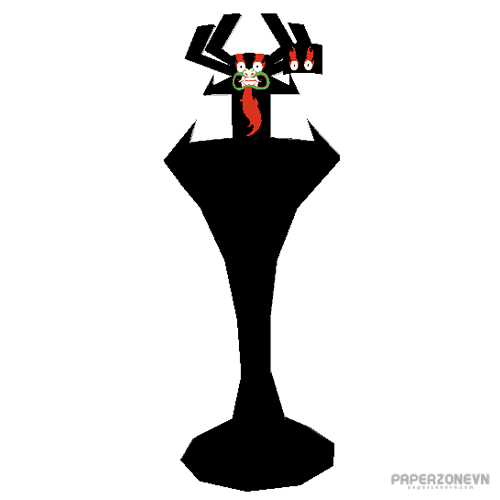 Aku is the main antagonist of the series Samurai Jack. Born from The Black Mass of Darkness, Aku was an evil, shape-shifting demon who took over the world and ruled it for countless eons, the arch-nemesis of Samurai Jack and the biological father of Ashi and her twin sisters.

Aku constantly antagonized Samurai Jack: he often attacked him when he was weak, and other times defended himself from Jack's own gambits. Prior to Ashi sending Jack back in time to vanquish Aku's past self, the two seem doomed never to defeat each other, and while Jack had beaten Aku on numerous occasions, Aku merely transformed into a creature, retreated, and usually called out a taunt over his shoulder.