Anime One Piece [One Piece] Kuma 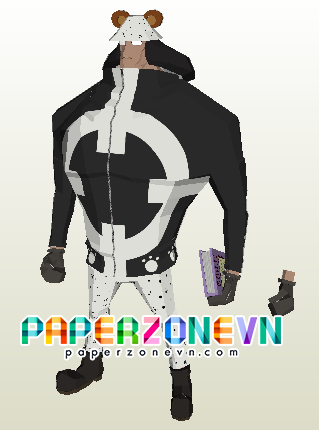 [One Piece] Kuma Papercraft
Bartholomew Kuma is a former Warlord of the Sea, the former king of the Sorbet Kingdom, and a former officer of the Revolutionary Army with a bounty of Beli.png296,000,000.
Once feared as an extremely vicious pirate, earning himself the title "Tyrant",[4] he is now a human weapon called "Pacifista", developed by the scientist Vegapunk. Once Vegapunk finished his modifications on Kuma, the Warlord was converted into the first complete Pacifista cyborg, with the serial PX-0, and mentally died in the process.[3] Currently, he is a slave-to-rent for the World Nobles.

Reactions: minhtoan69
You must log in or register to reply here.