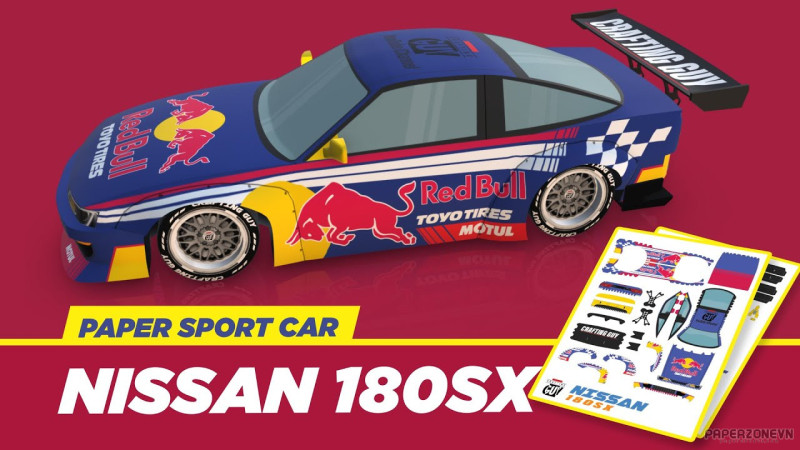 Nissan 180SX RedBull papercraft​
The Nissan 180SX was built and sold by Nissan as a sister model to the Nissan Silvia from model year 1989 through 1998, but sold at two different Japanese Nissan dealerships. The Silvia was sold at Nissan Prince Store, and the 180SX was sold at Nissan Bluebird Store locations. In Japan, the 180SX replaced the Gazelle. The S13 Silvia was discontinued in 1993, but the 180SX was successful enough to convince Nissan to keep it in the market for the full length of the next generation Silvia (S14). The 180SX differed from the S13 Silvia in that it featured pop-up headlights and a liftgate with different body work at the rear of the vehicle. Specifications and equipment were similar; however, the naturally aspirated CA18DE engine was not offered.​
​

For what? That file doesn't have a password.
You must log in or register to reply here.