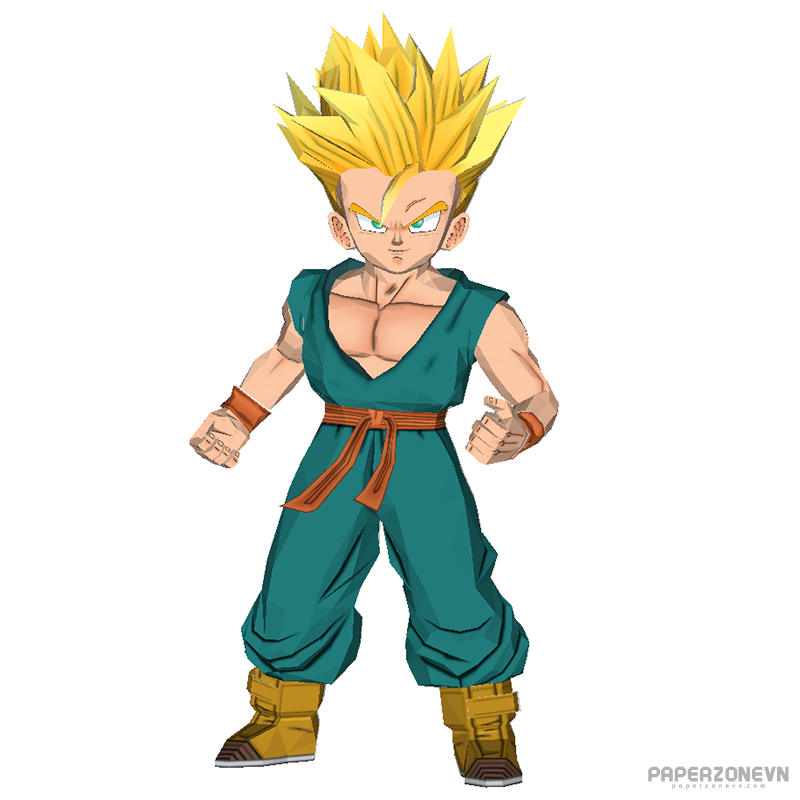 Kid Trunks SSJ papercraft
Dimensions: 357 x 182 x 129 mm​
Trunks is a character in the Dragon Ball manga series created by Akira Toriyama. Within the series, he is the half-Saiyan half-Human son of Vegeta and Bulma and has at least two noteworthy incarnations. Trunks makes his debut appearance in chapter #331 The Young Boy of Mystery (謎の少年, Nazo no Shōnen), first published in Weekly Shōnen Jump magazine on July 2, 1991, as an unidentified young man who traveled back in time to warn series protagonist Goku and his allies of a deadly new enemy, the Androids of the Red Ribbon Army. This alternate future timeline incarnation of Trunks, who is usually referred to as "Future Trunks" in media to distinguish him from his present-timeline counterpart, is one of the Dragon Ball series' most popular characters and has been praised for his unique role within the series.​