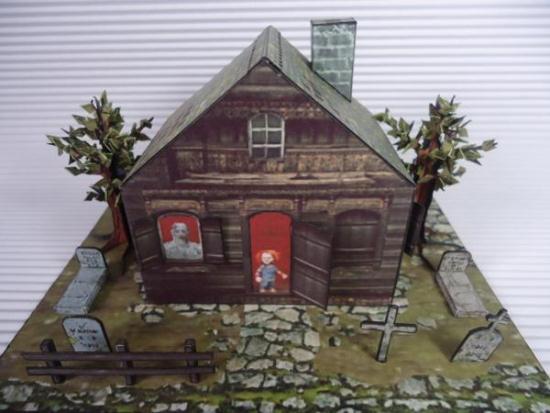 [Halloween] Witch's House In The Forest Papercraft
The Witch's House (魔女の家, Majo no ie) is a freeware puzzle-oriented horror game by the Japanese game creator Fummy (ふみー), created using the software, RPG Maker VX. The game was first released in October 2012, for Windows and Mac.

Fummy later released a prequel novel titled, "The Witch's House: The Diary Of Ellen," serving as the in-game diary of the game antagonist Ellen. Starting in 2017, the novel was adapted into a nine-part manga series of the same name illustrated by Yuna Kagesaki, and then condensed into two tankōbon volumes.