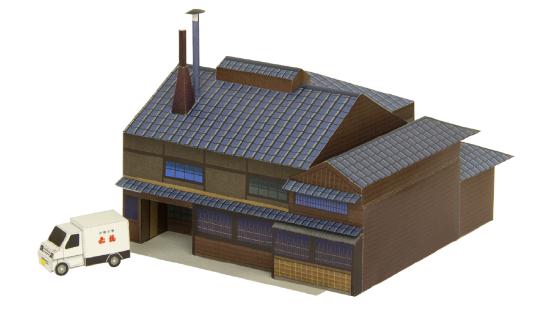 Fortune Cookie Factory Papercraft
A fortune cookie is a crisp and sugary cookie wafer usually made from flour, sugar, vanilla, and sesame seed oil with a piece of paper inside, a "fortune", usually an aphorism, or a vague prophecy. The message inside may also include a Chinese phrase with translation and/or a list of lucky numbers used by some as lottery numbers. Fortune cookies are often served as a dessert in Chinese restaurants in the United States, Canada and other countries, but they are not Chinese in origin. The exact origin of fortune cookies is unclear, though various immigrant groups in California claim to have popularized them in the early 20th century. They most likely originated from cookies made by Japanese immigrants to the United States in the late 19th or early 20th century. The Japanese version did not have the Chinese lucky numbers and was eaten with tea.