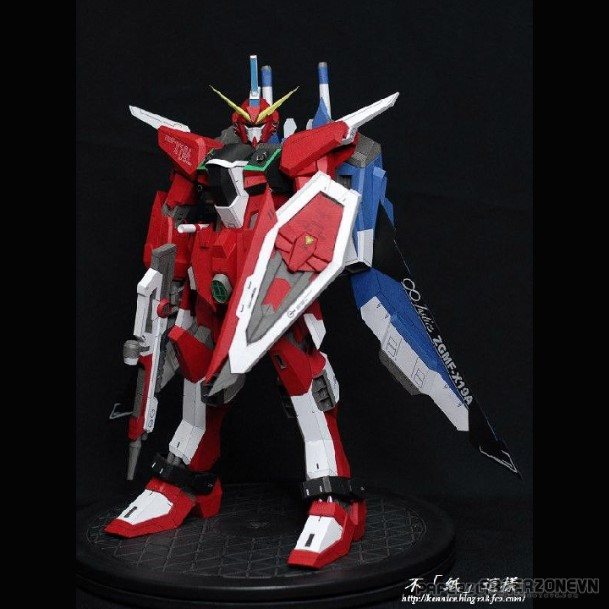 ZGMF-X19A Infinite Justice Gundam [Papertang] papercraft
The ∞ Justice carries on its back a flight unit that can be deployed as a separate support unit/subflight unit. This Fatum-01 is an improved version of the original Justice's Fatum-00 with higher overall performance, it is armed with a pair of beam cannons and several beam blades. The suit can dock with the METEOR unit for additional firepower as well as speed, and can fire at multiple enemy units simultaneously using the Multi Lock-On System. As with the Justice, ∞ Justice is design to operate alongside another mobile suit, in this case, the Strike Freedom and is stationed on board the warship Eternal.