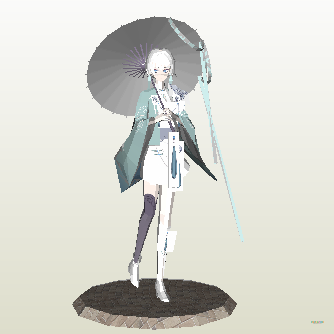 YANHE (言和) is a Chinese VOCALOID developed formerly by Bplats, Inc. with MERCURY INC., under the YAMAHA Corporation, and was created in collaboration with Shanghai HENIAN. She was the grand winning entry of the second "VOCALOID™ CHINA" contest and was released in July 2013 for the VOCALOID3 engine.

In February 2020, YANHE was confirmed to receive a VOCALOID5 update.